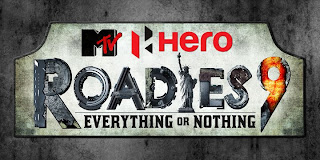 I am not a big fan of MTV Roadies, but given some free time, I do not mind watching it. Few weeks back, I was watching an episode of Roadies, where the last 5 Roadies were asked to make a decision. They were given a choice between surrendering their 50 Grand prize money to get a chance to play immunity task or keep the 50 Grand with them and play a pre-immunity task. But there is a catch in this, that if their decision is same as the one taken by Majority, then they will have to go through a pre-immunity task.
This situation is tricky and the choice must be made wisely.  If I were in their position, I would have kept the 50 Grand prize with me, because this choice gives me optimal payoff. Payoff.. Yes I am talking about applying “Game Theory”.

The justification for applying Game Theory is based on 2 conditions which are quite true in this situation, First that it’s a perfectly strategic situation, as the outcome of this choice is highly dependent on the choice that another person makes and Secondly the Pay Offs (In this case 50 Grand & chance to play immunity task )  are the motivations.

Let’s build the answer: As a human being, I cannot read other person’s mind & thus cannot determine with conviction about what is going to be the choice of all the other 4 contestants. So my choice should be such that it gives me optimal pay offs.

First , If I choose to surrender my 50 Grand, then I get a direct entry into the Immunity task, but If any other 2 contestants make the same decision, then not only, do I lose my money, but my cakewalk into Immunity task is jeopardized.

Secondly, If I chose to keep my 50 Grand and based on other contestants, either I can end up being in majority or I can end up being in minority. If I end up in minority I have a cakewalk to immunity task, else If, I end up being in Majority and I have to undergo another task. Either ways I am 50 Grand richer.
Clearly now, we have deduced the answer. Keeping the 50 Grand would be the dominant strategy or rather a choice that gives me the optimal pay offs irrespective of what the other contestants choose.
Sadly, all the contestants ended up surrendering their 50 Grand and making it inevitable for anyone to get a Cake walk to Immunity task.

I don’t know if their decision was scripted or real, which is no way my area of concern, I just wanted to demonstrate, how a tricky situation can best be handled through application of Game theory.
Posted by Manohar Gadre at 10:52 AM No comments: